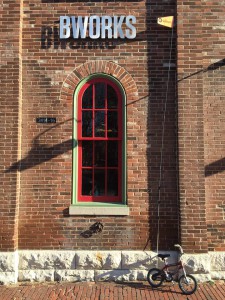 Springbike member John White has started a discussion on the Springbike members-only group on Missouri House bill 2046 requiring which would require Missouri Cyclist on lettered county roads to fly a 15′ flag from their bike.  Join in the discussion.

The Missouri Bicycle and Pedestrian Federation reports they have “had a very productive chat” with the representative that introduced the bill.

Rep. Hougton “…understands the bill as written is a bit “over the top” but he wanted to start a conversation” reports MoBikeFed.